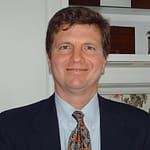 A Hoosier by birth, my formative years extended to North Carolina and Ohio. Returning to Indiana as an adolescent, I finished school, earning a degree in Computer Science and hence became a software professional.

Being a student at the time of punch cards and IBM “Big Iron“, I have witnessed the speedy progress of technology. By building upon itself, the advancement of high-tech has grown by telescopic proportions.

My software career began as a Programmer in the Dallas/Fort Worth area, later to become Management Consultant then Senior Consulting Engineer in the consulting practices of three of what were once known as “The Big Eight” accounting firms. As the end of the last millennium approached, I devoted my efforts towards Y2K compliance projects on an independent consulting basis, revisiting several legacy systems of prior clients.

With the dawn of the 21st century, the entire complexion of the industry changed seemingly over-night, moving towards distributed systems, more dependency on networking and object-oriented programming, skills that fresh new recruits were up to speed on as they entered the market.

After a quarter of a century of corporate America, I am “Back Home Again in Indiana“, pursuing continued education while developing applications and websites as well as striving to become an accomplished civilian journalist .

Personal interests include photography, genealogy, blogging and being involved in the community.

I currently maintain over a dozen blogs and websites, a couple of which are devoted to topics I’m most passionate about, food and books.

My paternal grandfather’s great-uncle, Eli H. Dowell, was in the 38th Illinois Volunteer Infantry Regiment, Company K, of the Union Army during the American Civil War. His unit took place in many actions in what was considered “the war in the west”, including the major battles of Perryville, Stones River (Murfreesboro), and Chickamauga. Chronology of …

END_OF_DOCUMENT_TOKEN_TO_BE_REPLACED

A problem plaguing East Central Indiana today, is the retention of it’s educated talent base. The trend is for graduates to move on to larger urban areas such as Indianapolis, Cincinnati, and Chicago. ECI is not unique to this phenomenon, as the trend over the last several decades has created a population boom in metropolitan …

END_OF_DOCUMENT_TOKEN_TO_BE_REPLACED

Long exposure at twilight taken behind the waterfall at Cataract Falls in the Lieber State Recreation Area of Owens County, Indiana. It is the largest waterfall by volume in the state. Photo by Tom Meador of Bloomington, Indiana, featured on the Indiana Nature & Wildlife Photographers Facebook page. The post Behind the Falls appeared first …

END_OF_DOCUMENT_TOKEN_TO_BE_REPLACED

More from "The Porch"