With the state of the nation as a whole in the worst predicament in the majority of our lifetimes, our government has FINALLY decided to get proactive in providing much-needed additional support through the current coronavirus emergency. But is the benefit of the people the motivating factor? Au contraire!

END_OF_DOCUMENT_TOKEN_TO_BE_REPLACED

My Father is now in his 80s, and has lived through only two more US presidencies than I have, FDR and Truman. This upcoming election has me in a quandary. I don’t and never did like Donald Trump, but don’t know enough about Joseph Biden to make a sound decision on my vote next month! All I know is, I’ve lived through a dozen changes of the guard and have never been this uncertain about the direction this country is heading!

Reading Jon Meacham’s Destiny and Power: The American Odyssey of George Herbert Walker Bush a couple of months ago, I was reminded of just how effective George H. W. Bush was as President. He bailed out the national banking system, cleaned up the Exxon Valdez oil spill, strongly condemned the Chinese government over the Tiananmen Square incident, signed the Fair Labor Standards Amendments which raised minimum wage, ended the Dictatorship of drug trafficker Manuel Noriega, brought down the Berlin Wall, ended the Cold War, signed the Clean Air Act, and served justice internationally with his military intervention into the invasion of Kuwait by Iraq.

END_OF_DOCUMENT_TOKEN_TO_BE_REPLACED

This morning, I received a Facebook post from an old compadre of mine down in Texas, suggesting the boycott of Spielberg’s latest film, The Post, presumably for being politically inflammatory. Knowing little about the new release, except that it features Meryl Streep and Tom Hanks, I proceeded to Google it and found some interesting results!

The featured items at the top of my initial Google results:

Having not seen the flick yet, perhaps my opinion may be a little premature and even unfounded, but here goes.

Trump has definitely been one thing throughout the first year of his term, and that’s controversial, but he definitely doesn’t need an All the President’s Men to further antagonize him and his administration.

I’m not necessarily “Pro Trump”, I just have to learn to “like it”. Regardless of being a Republican by tradition or whether I “like” our current President or not, it’s just “prudent” to stick with the collective decisions made by one’s peers (consensus). After all, nothing is permanent, is it?

I do like Spielberg, Streep and Hanks, however, and can’t see how this latest work could be anything but entertaining and worthwhile. Anxious to see this one, regardless, or maybe because, of the suggestion to “boycott” it!

In regards to his recent strong statements in response to threats made by the government of North Korea, Donald Trump’s motives are transparent. It’s blatantly obvious that the escalation of tensions between North Korea and the White House provides a golden opportunity for the President to shift the focus of the media from the strife that’s been haranguing his administration since first taking office 6 months ago. Though this “opportunity” may explain the “trigger happy” demeanor of Trump’s retorts, the North Korean problem is indeed a very real one and needs to be carefully dealt with using tact and diplomacy.

END_OF_DOCUMENT_TOKEN_TO_BE_REPLACED 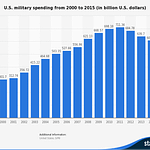 Our new President is the epitome of classic American capitalism. This country, the greatest in the history of mankind, is built upon opportunity and Donald Trump has clearly demonstrated his capacity for excelling in that realm. Trump is impulsive, for sure, but his drive and energy will surely transcend the walls of the Oval Office into the hearts of America.

One of the top issues on Trumps agenda is to set up boundaries, which needed to be done. Walls need to be imposed (not necessarily physical ones but implied ones) in order to focus on our own internal strife. It is high time we do that. It will piss-off many, but being a pure businessman, he is prepared to handle opposition. He wouldn’t be the first on this either, Franklin Delano Roosevelt (also a New Yorker) was isolationist until December 7, 1941.

In order for this master to do his work, we must refrain from detracting him from his visions and goals and allow him to do what he does best, which doesn’t mean we should turn our eyes – trust but verify. If the man can excell for himself and his family with the remarkable temerity which he has displayed, why not let him utilize his talents for the benefit of all Americans?

His intensity displayed on first days of his office is commendable, I think. Let’s just hope he doesn’t let up.

Let us embrace the future and refrain from fighting progress, for it is here and now.

Since being of legal age to vote I usually have, the recent Presidential election being an exception. Voting gives a citizen the right to bitch and since I waived my right this last November, this is not a rant but merely an observation.

Being a Republican by tradition, it wasn’t until recent years that my allegiance began to drift away from partisan politics. I believe in selecting the right person for the job regardless of party affiliation, though that may be too simplistic. Many of us who rush to offer their opinion on matters don’t really know the whole story, which is by design. The big picture is elusive, strategies recondite, agendas hidden. We’re not meant to know everything.

The word politics is derived from the Greek politika or “affairs of state”, based on Aristotelous ta Politika, where the Greek philosopher conceived “politics” as the science of governing an ever-changing public or populace. Western politics is modeled on the theories introduced by the Italian renaissance diplomat and philosopher, Niccolò Machiavelli, in his 1513 treatise on government, Il Principe or The Prince. The term “Machiavellian” is defined as “the employment of cunning and duplicity in statecraft or in general conduct”. Modern politics is not a science but a business.

The last election seemed to involve electing a candidate based not on merit, but on less demerit. We knew that drastic changes were in order and with Clinton, that change would be minimized and things would basically continue “status quo” towards more socialized policies, the more comfortable choice but not necessarily a good thing. With Trump, sweeping changes would be in store, which was terrifying.

Every new administration has been greeted with skepticism, some eventually proven to be justified, others not. As has always been, we must play out the hand we’ve dealt ourselves because there is no turning back.

Much to the consternation of many, President Trump has taken extreme measures early in his administration, but if you look at the subject matter from a more detached perspective, the motivation behind his Executive Orders may be seen more clearly. I will not touch on any of the specific issues, but will just add that Trump’s actions may not be as absurd and radical as so many seem to think.

Though initially stunned by the election results, as I was expecting Clinton to win by a landslide and am yet to sense anything remotely like the “warm fuzzies” from it, my comfort level has improved somewhat as we move into the second month of this new year and new era.

Perhaps some shock therapy is just what our government needs.