Who could not be familiar with the world’s most famous bossa nova song, Girl From Ipanema? The song was written in 1962 by Brazilians songwriter Antonio Carlos Jobim and poet Vinicius de Moraes as they were sitting in the Veloso, a cabana on the famous beach in Rio, watching a young siren walk to the sea.

END_OF_DOCUMENT_TOKEN_TO_BE_REPLACED

A while back, I posted about Indiana authors of note. Here’s a follow-up post comprising a list of contributors who’ve made a huge impact to music from the Hoosier state!

END_OF_DOCUMENT_TOKEN_TO_BE_REPLACED

Toto celebrates their 35th Anniversary at the Atlas Arena in Lodz, Poland during their 2013 World Tour. The 3-disc [Blue-ray] DVD was released early in 2014 to stellar reviews – critics are calling it flawless.

END_OF_DOCUMENT_TOKEN_TO_BE_REPLACED

This song by a couple of well-worn, old music legends (one a little older than the other) is based upon the endeavor of two Englishmen, surveyor Jeremiah Dixon and astronomer Charles Mason, assigned by the Royal Society at the request of colonial governments, to establish a border between Pennsylvania, Maryland, Delaware, and Virginia in the 1760s that became known as the Mason-Dixon Line. By the 1820s, the Mason-Dixon Line had come to denote the border between all Northern and Southern states east of the Mississippi River.

Ain’t that the way it is?

With the Nobel Peace Prize recipient’s 93rd Birthday coming up in July, here is an early celebratory post. I just heard this track today from one of my favorite bands of the late 80s and early 90s, Simple Minds. I don’t know how I would have missed this, but I did, or at least it didn’t make an impression back then.

END_OF_DOCUMENT_TOKEN_TO_BE_REPLACED

Toto Live at Le Zenith de Paris, 1990. Toto was one of the most successful bands of the late 1970s and 1980s, and especially well-loved in Europe. 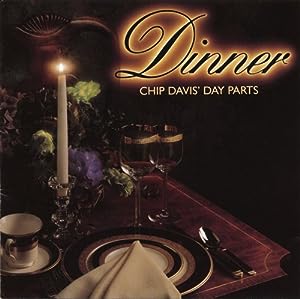 Elegant candlelit dinner for two, early evening, late summer, a lake with swans to one side, an English manor on the opposite, surrounded by lush tall trees and a few weeping willows – this would be in that playlist;

John Archer – Dinner on the Green